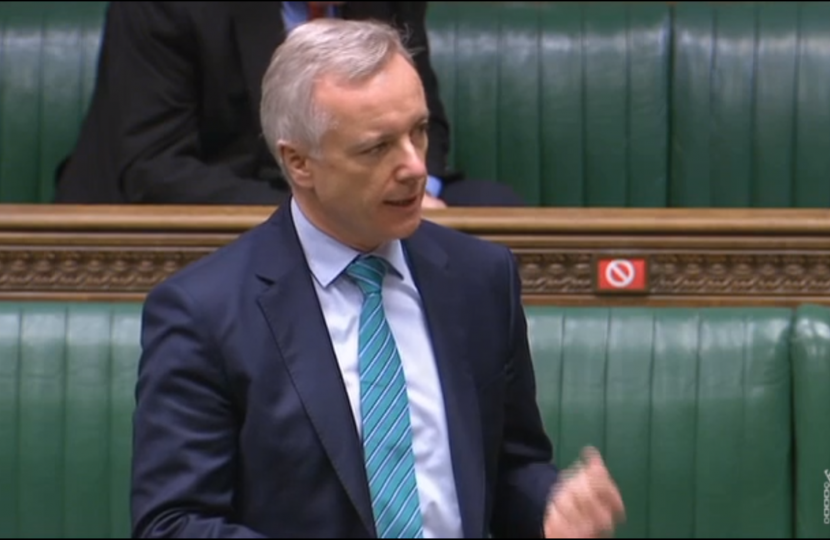 Rob today has called for the cosmetic use of Botox and fillers to be banned for children.

“This Bill seeks to protect children and young people from a currently unrestricted and unregulated market that, frankly, takes advantage of the vulnerabilities of young people and potentially poses significant health risks for them, both physically and mentally”

At the moment, children can be legally given cosmetic injections by anyone; there is no need for medical qualifications.

During the debate, Rob said:

“This is an instance where it is absolutely right that as parliamentarians, we take back control from the commercial market, and ban Botox and fillers for children for cosmetic purposes.”

Rob pointed out to fellow MPs that while you have to be 18 to buy cigarettes and inhale a toxin, a child under 18 can be injected with a toxin.

After the debate, Rob said he was worried that children even wanted these procedures:

“I’m shocked that children even want these invasive cosmetic procedures. It seems to be yet another unfortunate consequence of the inexorable rise of social media, promoting utterly unrealistic perceptions of how young people should look and behave.

“This is driven by celebrities and so-called influencers who present idealised images of themselves resulting from a combination of surgery and photo-shopping. The result is a filtered and edited portrait that is more a work of fantasy than a realistic portrayal of a normal, healthy human being.

“But as we all know, children want to emulate their heroes. What they see on Instagram, they want to see in their own mirror. And the peer pressure is intense.”

“The bill introduced by my colleague Laura Trott MP is long overdue. She gave details of horrific cases where these treatments had gone wrong, including girls who had come close to having their lips surgically removed. I was very pleased to support Laura and will do all I can to help this become law”

On Friday, Rob Butler MP for Aylesbury visited the e-scooter scheme currently being trialled in the town centre.