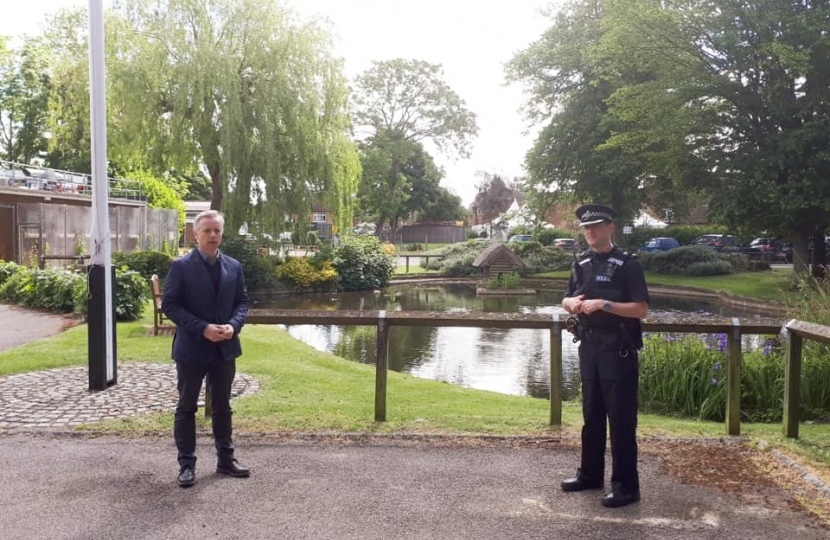 Aylesbury MP, Rob Butler, has welcomed the announcement that Thames Valley Police will receive £972,264 in extra funding as part of the Government’s £25 million Safer Streets Fund – delivering on a key Conservative manifesto commitment.

The Safer Streets Fund forms part of the Government’s concerted action to tackle crime and aims to stop offences that blight communities and cause misery to victims.

The extra cash will be aimed at improving security in areas particularly affected by acquisitive crimes such as burglary, vehicle theft and robbery by funding measures proven to cut these offences. These include simple changes to the design of streets such as locked gates around alleyways, increased street-lighting and the installation of CCTV.

This announcement comes alongside the Government’s commitment to recruit 20,000 additional police officers over the next three years, and the £1.1 billion funding boost for the policing system for 2020-21.

“I am delighted with the announcement today of extra funding for crime cutting measures to make our streets safer.

“Since my election, I have been clear that more work must be done to reduce the number of victims of crime. I am confident this money will help to do that by preventing and reducing offences such as burglary and robbery in the areas that need it most.

“Having been out on a foot patrol with police in Aylesbury, I know that they are doing an excellent job tackling crime in our local area. This extra funding demonstrates the Government’s commitment to supporting our police force and keeping our communities safe – a commitment that I wholeheartedly endorse.

"I want people in and around Aylesbury to be able to live their lives free from the threat of crime.”

"I will not stand by while criminals inflict fear and misery on our communities.

“That is why I set up this fund to ensure we are doing all we can to prevent people falling victim to these crimes.”

Aylesbury MP, Rob Butler, has welcomed the announcement that the Sir Henry Floyd Grammar School in Aylesbury will benefit from £478,725.60 to improve school facilities.