Statement: Vote of Confidence in the Prime Minister 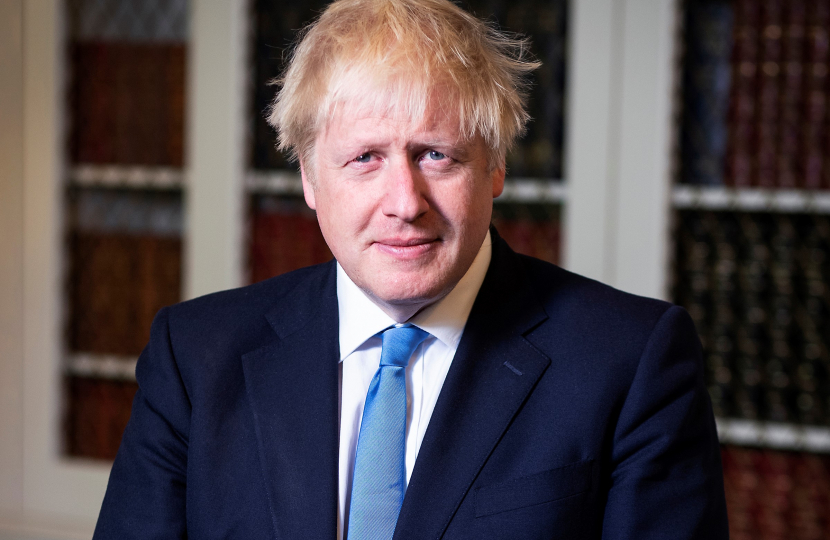 As I have said from the time of the first reports of gatherings in Downing Street, I share the anger of many constituents at what occurred in No 10, when the rest of us were all doing everything we possibly could to comply with the rules. I have immense sympathy for those who lost loved ones during the pandemic, and who were unable to spend time with friends and relatives in their final days. I entirely understand their pain and anger.

The Prime Minister has made mistakes in his time at No 10. It’s clear from Sue Gray’s final report that he should have had a firmer grip on the events that went on there when Covid restrictions were in force. He has acknowledged that, accepted and paid the Fixed Penalty Notice imposed by the Metropolitan Police. He has apologised, in Parliament and in public, on several occasions for what happened. He has repeated that he takes “full responsibility for everything that took place on my watch”. Having sat in the same room and listened to him on several occasions when he has been asked about these events, I believe that the Prime Minister is absolutely sincere in his apology, and importantly, that he has learnt lessons from the experience.

With regard to the question of whether the Prime Minister intentionally misled the House of Commons, he has repeatedly stated that he did not. He did so again in response to a direct question from the Rt Hon Sir Robert Buckland QC on 25 May. The Committee on Privileges is now to conduct its own inquiry into this specific matter, and I look forward to its report.

I neither excuse nor condone what went on in Downing Street. But when it comes to his continued role as Prime Minister, I believe those events must be considered alongside Boris Johnson’s very significant achievements since he became leader of the Conservative Party:

I recognise that many people will not particularly like some of those decisions and actions – but that is a question of their political allegiance and belief, rather than a matter of whether or not the Prime Minister has delivered.

As the Prime Minister has made clear, numerous actions were taken to improve the leadership and management of 10 Downing Street in response to the publication of Sue Gray’s interim update.

In the conclusions of her final report, Ms Gray says that she is “pleased progress is being made in the issues I raised”. She goes on to state: “Since my update there have been changes to the organisation and management of Downing Street and the Cabinet Office with the aim of creating clearer lines of leadership and accountability and now these need the chance and time to bed in.”

My own experience is that the changes made are already having a positive impact. Like Ms Gray, I believe it is right for the new structures and staff to be allowed the opportunity to prove themselves and deliver the necessary change in both operational delivery and culture.

Nonetheless, I reflected very carefully before casting my ballot in the confidence vote, and considered the correspondence I had received.

Many of those who wanted the Prime Minister to go have never supported him or his policies (and saw this as an opportunity to remove him from No 10 without a General Election). Others had reluctantly changed their opinion of him in light of what took place at No 10 two years ago and the response to it. And a further group were adamant in their view that he must remain to complete the tasks for which he had been elected. Clearly, my decision was never going to please everyone.

Having taken all the points above into account, I voted in support of Boris Johnson remaining leader of the Conservative Party.

15 years as a journalist means I am all too aware that the media will continue to try to create stories in the aftermath of the vote, interview endless commentators to fill their airtime and generate new headlines; 12 years as a magistrate means I understand and appreciate the need to consider dispassionately and thoroughly every aspect of a situation, weigh up the full circumstances and context, and reach a rational decision.

My view remains firmly that the priority for the Prime Minister, the Government and all MPs should be focussing on the massive global events that are having a profound impact on us all. This means supporting those hardest hit by rises in the cost of living, robustly defending the freedom and sovereignty of our friends and allies, and building a better Britain for the generations to come.

The vote of Conservative MPs gives the Prime Minister a clear mandate to continue his job. I very much hope we can now draw a line and move on; that we can concentrate on the issues that matter most to people's everyday lives.

Rob resigns as PPS to the Foreign Secretary