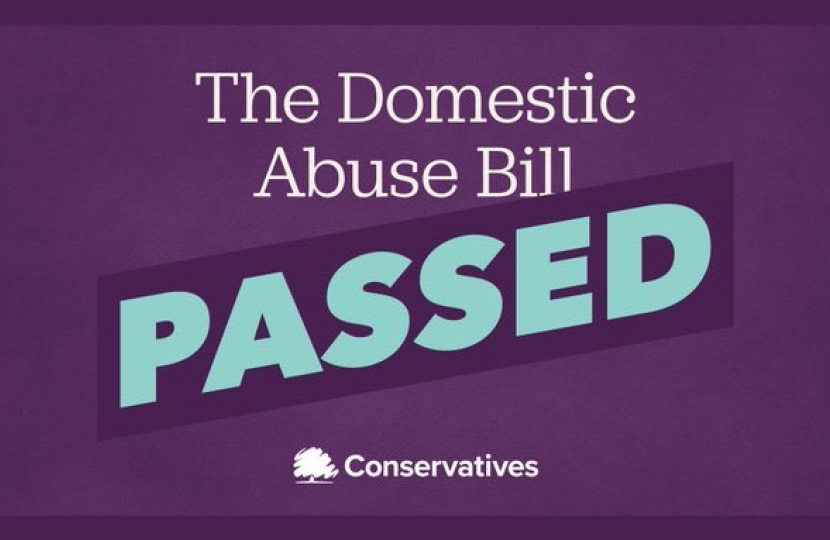 Aylesbury MP, Rob Butler, has wholeheartedly welcomed the bill, which will also create a statutory definition of domestic abuse, emphasising that domestic abuse is not just physical violence, but can also be emotional, coercive or controlling, and economic abuse.

Speaking after the vote, Rob said:

“I am proud to have voted for this bill which will protect victims of domestic abuse and help to ensure that the perpetrators of these horrific crimes are punished.

“Since my election, I have been clear that more work must be done to put victims at the heart of the criminal justice system. This bill will do that by prioritising victim safety in the process of dealing with domestic abuse offences.

“I hope that the measures in this bill will give more victims and survivors the confidence to come forward, safe in the knowledge that everything possible will be done to support them and their children and pursue the abuser.”

Aylesbury MP, Rob Butler, has welcomed the announcement that the Sir Henry Floyd Grammar School in Aylesbury will benefit from £478,725.60 to improve school facilities.